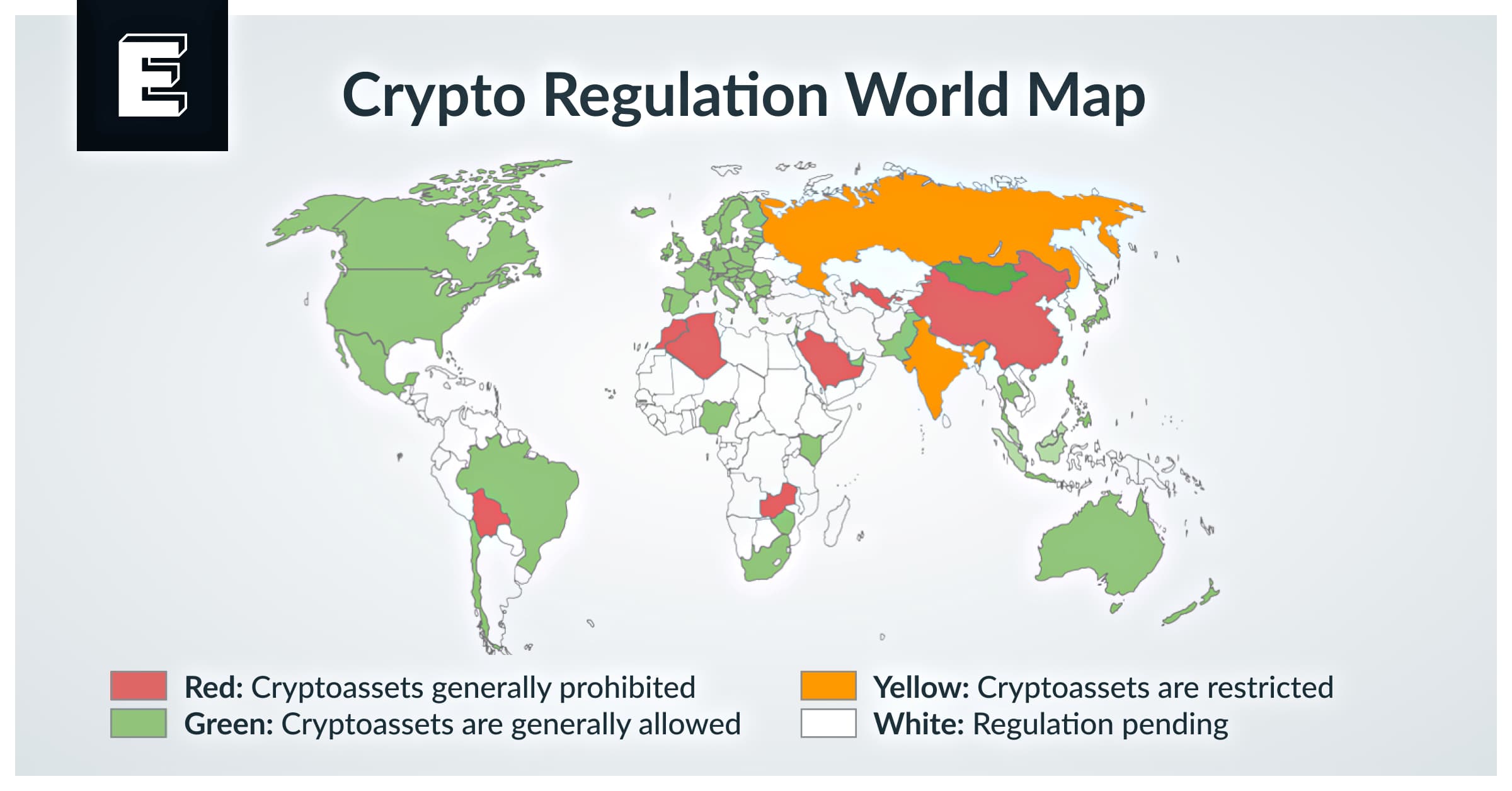 Cryptocurrency regulation is an evolving area that is attracting increasing attention from governments, policymakers, and industry stakeholders around the world. In this article, we'll provide an overview of the key regulatory updates and trends that are shaping the industry, with a focus on the different approaches taken by various countries and regions.

One of the main challenges of regulating cryptocurrency is the global nature of the industry. While bitcoin was designed to be decentralized and borderless, it is now subject to a patchwork of different regulatory regimes depending on where it is used or traded. This has led to a range of different approaches, from the permissive to the prohibitive, with some countries taking a more hands-off approach while others have introduced more stringent regulations.

One of the key drivers of cryptocurrency regulation has been the growing interest in initial coin offerings (ICOs), which have been used by startups and other companies to raise millions of dollars in capital. In 2017 and 2018, ICOs were all the rage, with hundreds of companies raising billions of dollars through token sales. However, this rapid growth has also attracted the attention of regulators, who have sought to clamp down on scams and fraudulent activity in the industry.

One of the most notable examples of this is the United States, where the Securities and Exchange Commission (SEC) has taken a more active role in regulating ICOs. The SEC has issued a series of guidance documents and enforcement actions in recent years, including the 2017 DAO report, which concluded that certain ICOs were subject to federal securities laws. This has had a significant impact on the ICO market in the US, with many companies opting to register their tokens as securities in order to comply with regulatory requirements.

In contrast, some countries have taken a more permissive approach to ICOs, including Singapore and Switzerland. Singapore, in particular, has become a hub for ICOs, with the Monetary Authority of Singapore (MAS) issuing guidelines on the use of digital tokens for fundraising in 2017. These guidelines provide a framework for companies to follow when conducting ICOs, including requirements for disclosure and investor protection.

Another key area of cryptocurrency regulation is the use of digital currencies for money laundering and other illicit activities. In response to this concern, many countries have introduced anti-money laundering (AML) and counter-terrorism financing (CTF) regulations that apply to cryptocurrency exchanges and other businesses that handle digital assets. These regulations often require businesses to implement know-your-customer (KYC) and anti-fraud measures, as well as to report suspicious activity to the relevant authorities.

One country that has taken a particularly proactive approach to cryptocurrency regulation is Japan, which introduced a licensing regime for cryptocurrency exchanges in 2017. Under this regime, exchanges must register with the Financial Services Agency (FSA) and comply with a range of requirements, including maintaining a certain level of capital and implementing strong security measures. This has helped to increase the credibility and transparency of the cryptocurrency industry in Japan, and has attracted a number of major exchanges to the country.

Other countries have taken a more cautious approach to cryptocurrency regulation, with some banning digital currencies outright. For example, in 2017, the central bank of Bangladesh issued a circular prohibiting the use of digital currencies in the country, citing concerns about money laundering and terrorism financing. Similarly, in 2018, the Reserve Bank of India (RBI) prohibited banks and other financial institutions from providing services to cryptocurrency businesses, citing develop frameworks for the industry. It is important for investors and businesses to stay informed about these developments, as they can have a significant impact on the market and the adoption of cryptocurrency.

One of the biggest regulatory updates in the cryptocurrency world was the implementation of the General Data Protection Regulation (GDPR) in the European Union in 2018. The GDPR is a set of regulations that protect the personal data of individuals, and it applies to any business that processes or handles the data of EU citizens. This has significant implications for cryptocurrency exchanges, as they often collect and store personal data, such as names, addresses, and identification documents, for verification and compliance purposes.

In the United States, the Securities and Exchange Commission (SEC) has taken a cautious approach to regulating cryptocurrency. In 2017, the SEC rejected a proposal for a Bitcoin ETF (Exchange-Traded Fund), citing concerns about market manipulation and investor protection. However, in recent years, the SEC has approved several cryptocurrency ETFs, including the VanEck Bitcoin ETF, which was approved in December 2020.

Similarly, in 2018, the Reserve Bank of India (RBI) prohibited banks and other financial institutions from providing services to cryptocurrency businesses, citing concerns about money laundering and consumer protection. However, in March 2020, the Supreme Court of India overturned the ban, stating that it was unconstitutional.

In Japan, the Financial Services Agency (FSA) has taken a more proactive approach to regulating cryptocurrency. In 2017, the FSA issued licenses to several cryptocurrency exchanges, including Coinbase, BitFlyer, and Kraken, allowing them to operate legally in the country.

Overall, the regulatory landscape for cryptocurrency is constantly evolving, and it is important for investors and businesses to stay informed about the latest developments. By staying up-to-date on regulatory updates, you can make informed decisions about your cryptocurrency investments and ensure compliance with the law.