We offer a range of features and benefits that make it easy and convenient for you to buy, sell, and trade Bitcoin. Our user-friendly platform, competitive fees, wide range of payment methods, advanced security measures, and top-notch customer support are just a few of the things that set us apart from the competition. Whether you're a beginner or an experienced cryptocurrency trader, we have something to offer you.

There are several ways to buy Bitcoin, including through an online exchange, in person, or through a Bitcoin ATM. Choose a reputable platform or seller and make sure to secure your Bitcoin in your wallet once you have purchased it.

Get a Crypto Wallet

A Bitcoin wallet is a digital storage space for your Bitcoin. There are several types of wallets available, including online wallets, software wallets, and hardware wallets. Consider your needs and choose a wallet that is secure and convenient for you.

Familiarise yourself with the basics of Bitcoin, including how it works, the potential risks and rewards, and how to safely store and use it. Whether you're a beginner or an experienced investor, you'll find something of value in the education section.

Join the Thousands of Satisfied Users 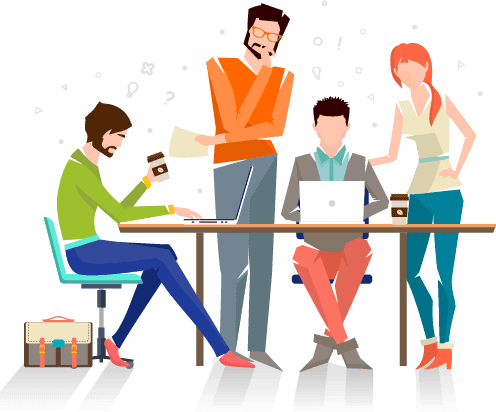 Bitcoin is a decentralised digital currency that allows for peer-to-peer transactions without the need for a central authority. It was created in 2009 by an anonymous individual or group known as Satoshi Nakamoto.

Bitcoin is based on a technology called blockchain, which is a decentralised ledger that records all Bitcoin transactions. The blockchain is secured through a network of computers, called nodes, that verify and record transactions. This decentralisation makes it difficult for any single entity to manipulate the Bitcoin network or alter the information recorded on the blockchain.

Users can buy, sell, and trade Bitcoin through online exchanges or by accepting it as payment for goods and services. Bitcoin can be stored in a digital wallet, which can be accessed through a variety of devices, including computers, smartphones, and hardware wallets.

Bitcoin has gained popularity as an alternative to traditional fiat currencies, due to its decentralised nature, low transaction fees, and potential for anonymity. However, it is also a highly volatile asset, with the price of Bitcoin fluctuating significantly over time.

At Bitcoin Australia, we support a diverse range of assets for you to buy and sell. These include: Bitcoin, Litecoin, Ethereum, Ripple and Tether.

Our platform is designed to be user-friendly and accessible to traders of all levels, whether you are a seasoned pro or new to the world of cryptocurrency.

We offer a wide range of tools and resources to help you make informed trading decisions, including real-time market data, charts, and analysis. Our commitment to security and customer satisfaction has made us a trusted choice for traders around the world.

At Bitcoin Australia, we understand that fees can add up quickly when buying, selling, and trading Bitcoin. That's why we offer competitive fees that make it more affordable for you to manage your cryptocurrency portfolio. With some of the lowest trading fees in the industry and no deposit fees, you can be sure that you are getting the best value for your money when you use our exchange. Plus, with regular fee promotions and discounts available, you can save even more on your trades.

At Bitcoin Australia, we take the security of our users' assets and personal information very seriously. That's why we have implemented a number of advanced security measures to ensure that your trades and transactions are safe and secure.

These measures include encrypted data transmission and secure servers. We also have a dedicated security team that is constantly monitoring our systems to detect and prevent any potential security threats.

In the unlikely event that an issue does arise, we have a robust incident response plan in place to quickly and effectively address the issue and minimise any potential impact on our users. We are committed to providing a secure and trustworthy platform for you to buy, sell, and trade.

How the Exchange Works: A Beginner's Guide to Buying and Selling Cryptocurrencies

Our Cryptocurrency Exchange helps connect people who want to buy or sell digital assets like Bitcoin. To use the exchange, you need to create an account and verify your identity. Once you're set up, you can buy or sell assets using the exchange as a middleman. The exchange holds the assets in a digital wallet until the trade is complete, then transfers the assets to the buyer's digital wallet. There may be a small fee for each trade, which is taken out of the buyer's or seller's money. To use the exchange, you will need to follow these steps:

Our dedicated support team is available to help you with any issues or questions you may have. You can reach us through email, live chat, or phone support. We also have a comprehensive knowledge base and frequently asked questions section on our website that provides answers to common questions. In addition, you can follow us on social media platforms like Twitter and Facebook to stay up-to-date with the latest news and updates from our exchange.